There was an error retrieving images from Instagram. An attempt will be remade in a few minutes.

Today, I went to a local beach, Patong Beach. This area is a hot spot with lots of shops and souvineers and bars and so on. Felt sort of like spring break, but better – obviously.

I had forgotten to pack a beach bag which I knew I would forget. No matter. I would buy a cheap bag here and use that. Fine. So I went in and out of little shops today, being pretty much harassed and shadowed by the owners and workers. So incredibly annoying and that gets me as I very much like my space.

I bargained myself a bag and sarong from 1050 bhat to 500 even thought that is still too much. Exhilarating, though.

As I continued to walk through the shops, people yell and try to get you to stop to look at what is generally all the same crap. One lady held up a pair of elastic waistband genie of the lamp pants,  and stretched the waist out as far as it and her arms would go. She held them up to me, wide, wider, wider, and said, “These for you!” I watched her arms shake as she struggled under the tension of the elastic,  trying to hold the waist open for me. REALLY? I scowled at her and kept walking.  Then she yelled,  “No? How ’bout bikini for you?” As though THAT was the salve for the giant burn in trying to sell me men’s XL pants.
No. Thanks.

I have been meaning to point out how tiny these people seem to me. Sometimes I can’t tell the girls from the boys as their body size and shape are so similar (right back to ewwww, you gross American men).  But they are generally a tiny people. I have felt like I stick out since I landed in Bangkok. I am not that big but I tower over mostly everyone, and this woman seemed to think I need to shop the men’s department. I had a feeling that this is what they thought of me, but I know that when I walk through the streets,  all they see is this: 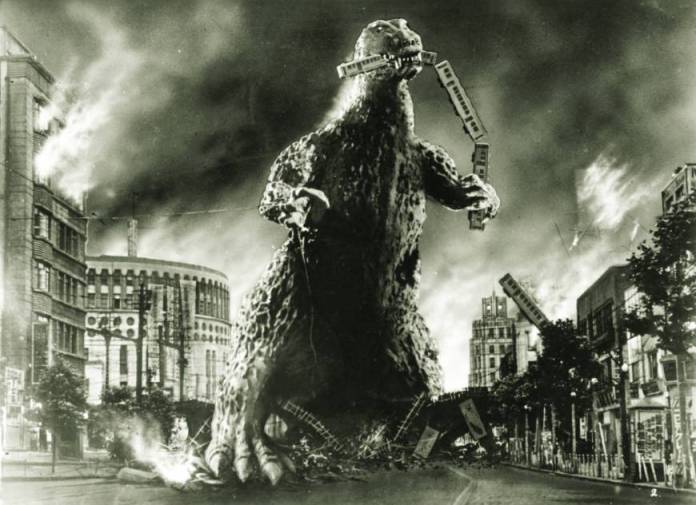 So thanks, Thainese lady, for ruining my morning.

I finally settled on the beach and relaxed. I was alone with my thoughts  – remind me not to do that again. I tried not to let that woman bother me, when I heard some people next to me speaking Italian.  How lovely! I don’t mind listening to that all day. I turned to see these wonderful people when all of a sudden this happened: 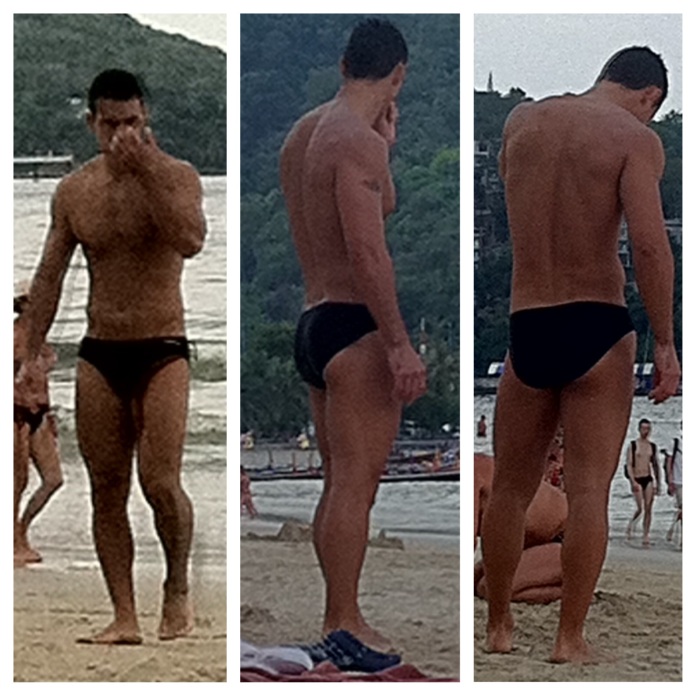 Well, well, well. My mood has improved. Normally, I would advise that one never trust a hairless man, but I am going to break all my rules.  I occupied myself with his thighs for the better part of the day. At one point, I rationalized (hallucinated?) that I may have made it into his vacation photos as he took a litany in my direction.  I hope I make it into his album back home.

I did nothing for the rest of the afternoon before heading back to the hotel. I booked a snorkel tour tomorrow,  hopefully in the opposite direction of the crowds. And now, I sit at the pool, because after a day at the beach, you pool.

One thought on “Not So Veiled Insults”